Larry Kandarian, of Kandarian Organic Farms, is a mainstay at many of the best farmers’ markets in Southern California, and is well known for his ancient varieties of wheat and legumes.

This month we’re featuring veteran organic farmer, Larry Kandarian, of Kandarian Organic Farms. Larry is a mainstay at many of the best farmers’ markets in Southern California, and is well known for his ancient varieties of wheat and legumes.

After serving in the army, Larry graduated from Fresno State University in 1970, with a double major in mechanical engineering and agriculture. He worked at Raytheon for less than a year and worked on the first space shuttle; it turns out he hated working in the aerospace industry. Instead, he went to work for a bioseed company called Bodger Seed Company, based in Lompoc, CA. He was the assistant production manager and engineer on 57 ranches in Central California – a big responsibility. By 1977, Larry moved to Fresno to start his own operation. He wanted to grow echinacea and became the largest grower of the medicinal plant in Fresno. He was affiliated with the California Certified Organic Farmers Foundation in Fresno, and always leaned towards organic practices, minimally tilling the land.

In 1999, Larry bought the 130-acre property he currently farms in Los Osos, CA. The farm is about four miles from the ocean, making it too cold to grow echinacea when Larry first settled there. However, in recent years global warming has changed the climate so much that he can now grow botanical herbs. Larry says there used to be about four days per year of 70 degree weather, and now there’s 120 days, and hardly any of the fog that used to roll through the hills around San Luis Obispo.

Still, he is relatively lucky when it comes to the longstanding drought because of the four traversing valleys in Los Osos; there are separate microclimates in each valley, and as water runs down towards Larry’s property from the hills, the clay soil manages to retain some of the moisture. There’s also a fault line in Los Osos between San Luis Obispo and Montano de Oro that intersects water coming from the north, catches it, and sends the water on a path towards Larry’s aquifer. There still needs to be rain for this system to work, which has been lacking for the past five years. Larry is trying to build up the water capacity on his farm by planting hedgerows, keeping the soil covered, minimally tilling, and planting companion plants that share in the nutrients and biodiversity under the ground.

Larry grows wheat, barley, rye, millet, teff, sorghum, and legumes in the winter – much of which are dry farmed (not irrigated except for rain and moisture in the soil). The annuals such as millet and sorghum require irrigation. He also grows lentils, peas, fava beans, fenugreek, and beans of all kinds in the summer, which are also irrigated by movable, lateral sprinkler lines. There are often 70 different varieties of crops on his table at the farmers’ market, and 1,000 crops on the farm.

Three years ago Larry started grazing on the property with seven St. Croix sheep from the Virgin Islands. Today, his flock has grown to forty-two sheep, a guard donkey, and Harlequin ducks and geese. The fowl graze with the sheep after a crop is harvested and significantly extend the grazing time in a given paddock; because the poultry eat the worms in the sheep poop, the worms do not build up as quickly.

Through Kiss the Ground’s Transition Program, Larry attended Soil Health Academy in 2018, a three day in-person school taught by leading regenerative farmers and ranchers. This education formed his farming philosophy as “growing soil.” He grows soil, and then his crops are nutrient-rich because of that soil. He prefers ancient varieties to heirloom varieties – einkorn, teff, and black wheat from India, for example. He’s forming a new seed company because selling seeds can be more profitable than just selling produce. His daughter runs an oyster farm in Morro Bay so Larry started implementing a Korean/Hawaiian practice of burning seashells and smashing them to get the liquor out, which creates a natural spray for his plants with an optimal pH level.

Larry estimates that his Elytrigia (aka kernza) field, which hasn’t been tilled in 23 years, has roots that run 30 feet deep and can hold about 30 inches of water per hour. When he had the soil tested, he said it looked and felt like a forest floor. Larry has seen a 0.4% increase in SOC (Soil Organic Carbon)in that field – a 50% increase from the carbon content of the native, unmanaged soil.

“Regenerative is the only way to go and we need more people involved,” says Larry. He doesn’t think that electric vehicles, nuclear power, solar power, or wind power can be the only solutions to global warming because our electrical grids won’t be able to handle all of those solutions at once. The “roof on the ground” is key, he says. Growing soil results in increased water holding capacity and carbon drawdown. The runoff from a creek on his property has decreased by half, from 4,000 gallons to 2,000 gallons, in recent years. “We’re in a real dilemma; we need people like you to change the mindset,” says Larry. “If you think you can, you can. The mind dictates everything. We need intelligent minds and people that really care.” 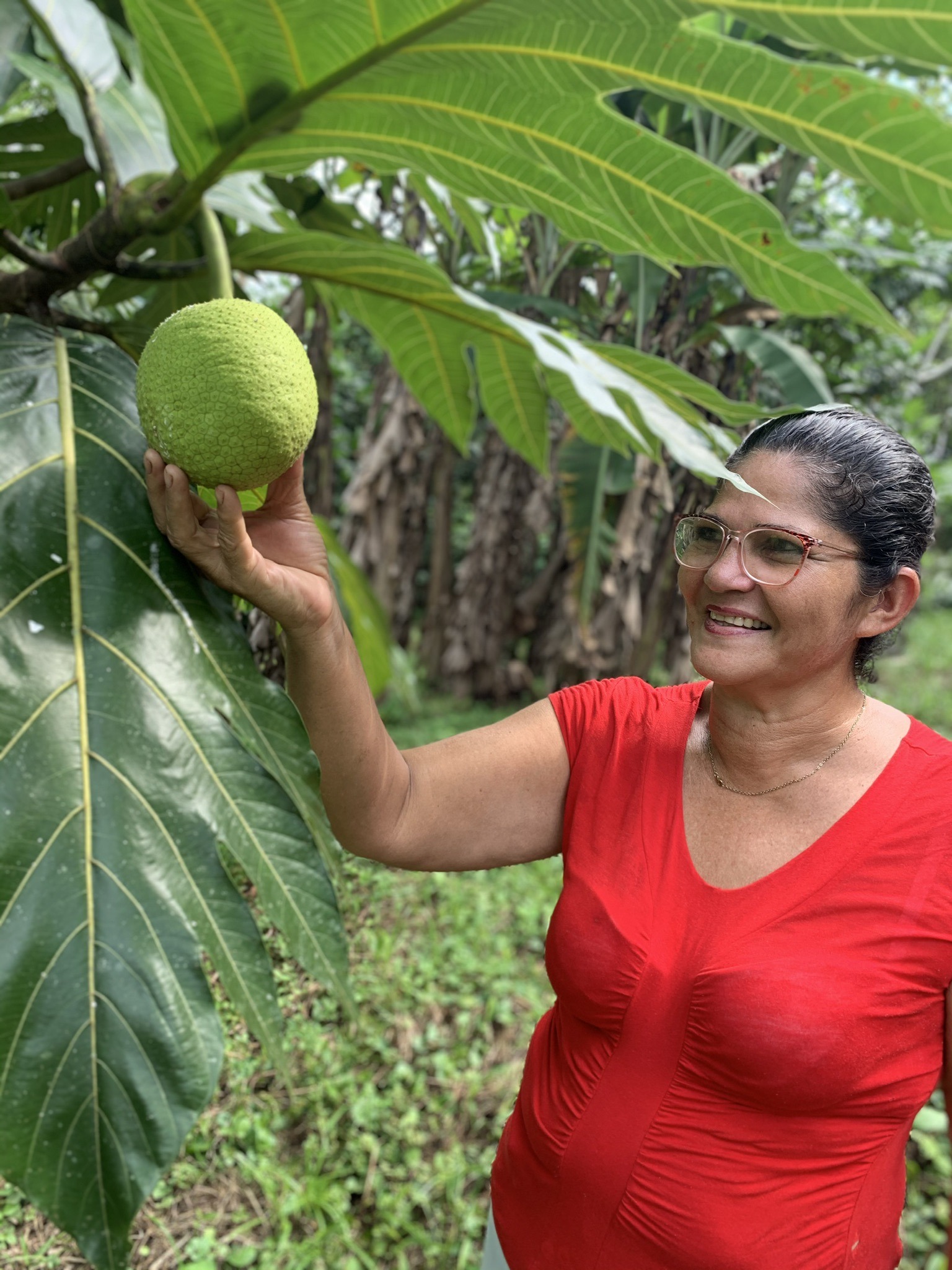 Jungle Project – Dedicated to the Trees 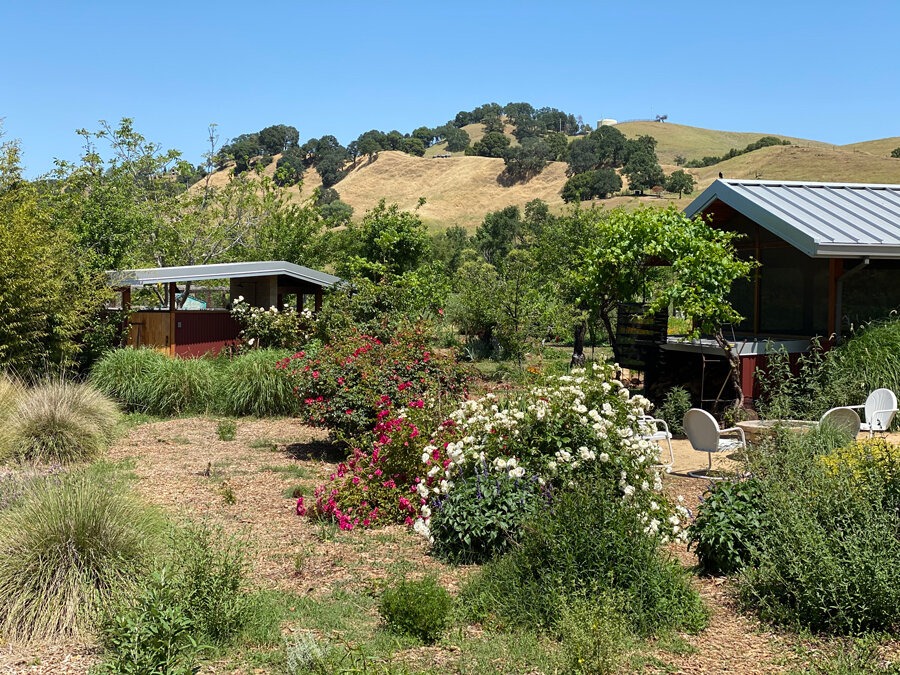 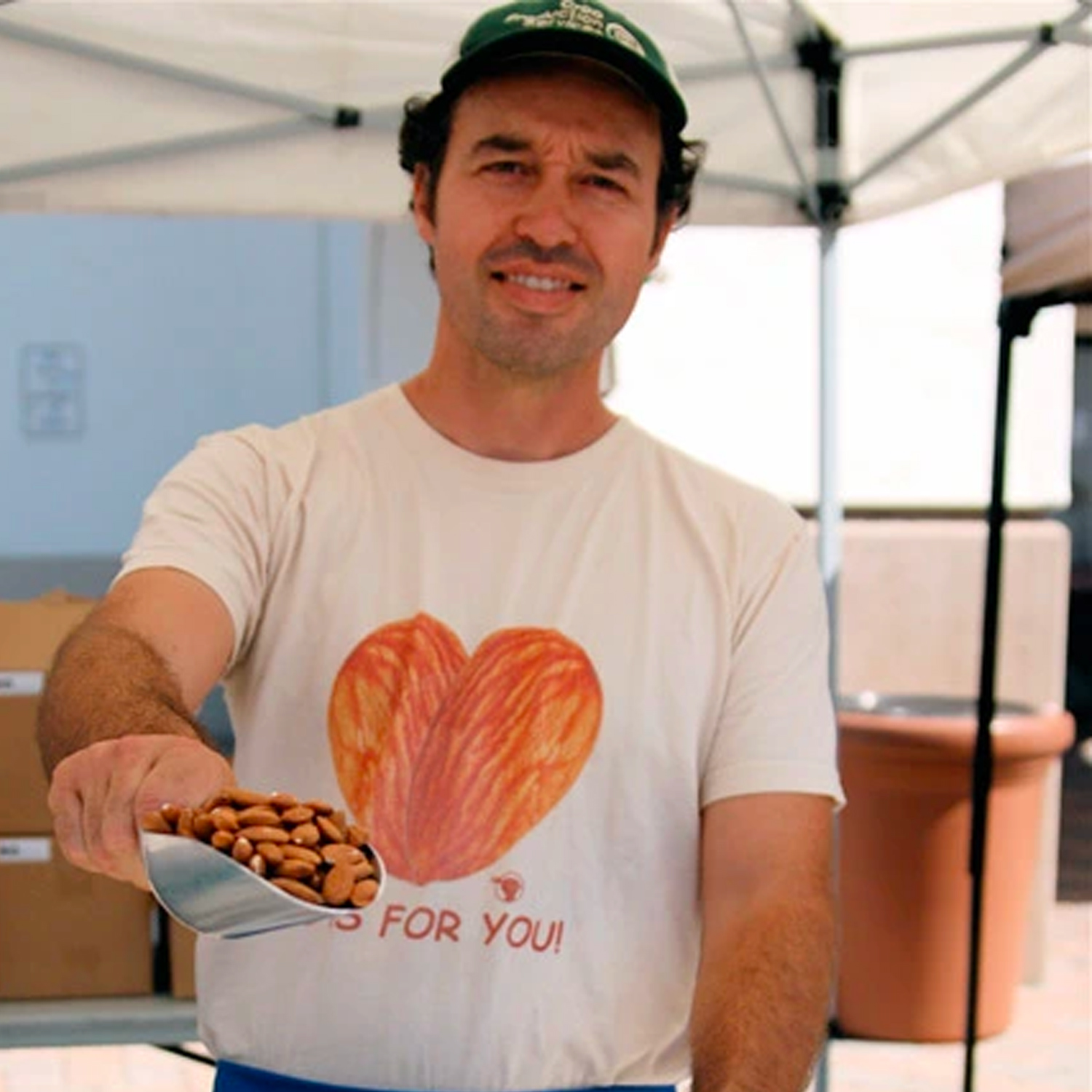 How Regenerative Almonds are used in Ben & Jerry’s Ice Cream