A letter from Ryland on Kiss the Ground leadership changes

A letter from Co-Founder, Ryland Engelhart

To the Kiss the Ground community on where we’ve been and where we are going,

Discovering that regeneration is possible changed my life forever.

I have witnessed that humans can be a keystone species on earth and that our agricultural system can go from arguably the most destructive system on the planet to its great redeemer.

Regenerative agriculture can feed the world and also help balance the climate. Moreover, I now understand that every person who eats can participate in this solution.

My candle got lit in 2012, and my calling became to awaken this message in the world. Kiss the Ground became the vehicle to fulfill the mission of awakening people to the possibilities of regeneration.

When we first formed the organization, we saw our role as storytellers–to elevate those working to regenerate land and bring mass awareness to an idea whose time had come.

The most profound and impactful expression of our mission was collaborating with filmmakers Josh and Rebecca Tickell in producing and releasing the Kiss the Ground film on Netflix. It was a seven-year project that involved hundreds of people’s participation.

It’s almost unbelievable that millions of people now know about the solution of regeneration from an idea to a film to now a movement. This movement has led to millions of acres going into transition to regenerative agriculture and has catalyzed massive change in businesses and governments worldwide.

The movement has also significantly grown our once “homespun” organization of five friends operating out of my garage into a national organization with a diverse and dedicated team of staff of 25 across the US. The growth led to our next big project, Regenerate America, a grassroots coalition and campaign to reform the 2023 Farm Bill to scale regenerative agriculture.

While it has been a dream come true to see this much development in the organization and our mission, I have found myself unable to provide the leadership needed to guide the company through its rapid transition.

It became a painful experience to feel inept in the necessary skills to run the company. Simultaneously dealing with my wounded pride in not wanting to let go of my attachment and identity wrapped up in being “the one, the boss, the leader.” It came to a point where I needed to surrender my control and raise my hand to ask for help. As a result, the KTG board and a recruitment agency started an extensive search to find a new CEO, reviewing over 300 candidates before selecting the right person to lead the organization.

This ends my long-winded preamble and begins my transition to an enthusiastic announcement that we have hired a new CEO to take Kiss The Ground to the next level!

I am thrilled to introduce Evan Harrison  to our community. Evan brings an innovative skill set and leadership experience from the music, media, and technology radio world, where he successfully worked to creatively market and communicate new ideas that became household names.

While we feel we have had success in our mission of awakening people to the possibilities of regeneration, we see that Evan’s leadership and strategy bring a new world of opportunity of how Kiss The Ground and regenerative agriculture can now truly awaken the masses to this zeitgeist solution.

I am super grateful to remain on the team as Co-founder and Chief Mission Officer to support Evan’s leadership. I will focus my skills on the development of major donors and strategic partners as I continue my heart-centered evangelism for the brand.

Through this transition process, I am awakened to a newfound appreciation and humility that no one person can be everything. Yet, we all can play small specific roles that tie together, leading to an interdependent and whole organization.

Looking through the lens of regeneration, there are secessions, life cycles, and chapters. It is essential to acknowledge each of these layers that have been part of the continuum that has led us to this point personally and as an organization.

I am blessed by the gift of inspiration I felt to help birth and grow the Kiss the Ground movement over the last almost ten years in collaboration with Finian Makepeace, Lauren Tucker, Karen Rodriguez, Jonas Hunter, and Richard Wegman, among hundreds of others. I am confident, curious, and enlivened that this next chapter of Kiss the Ground with Evan Harrison’s leadership will deliver a future that we only could have imagined. Now we will get to see it come to fruition. 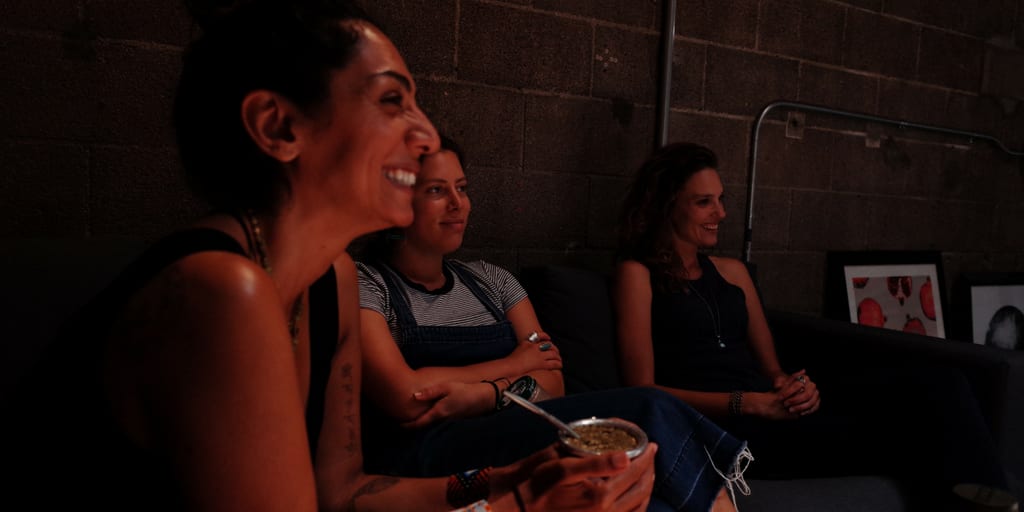 A Regenerative Buzz With Our Friends from Guayakí Yerba Mate 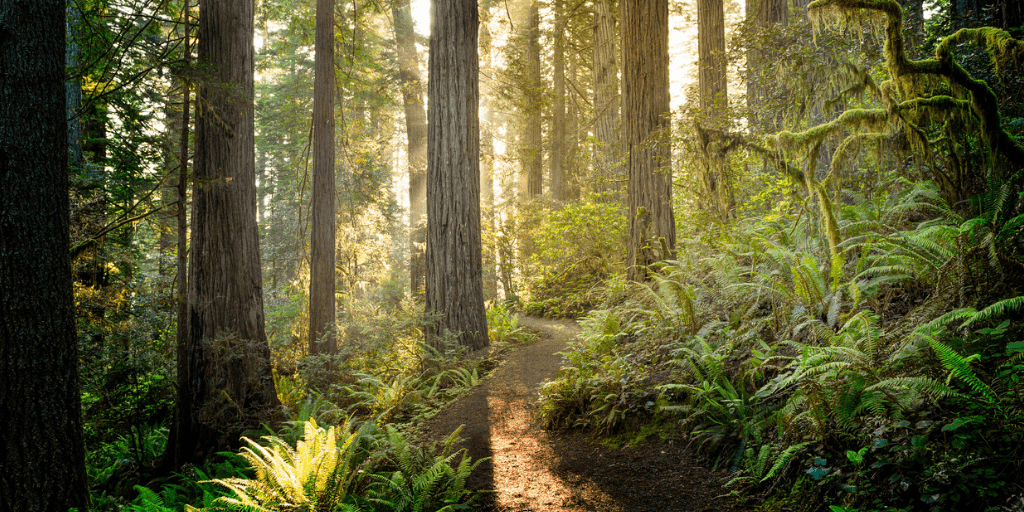 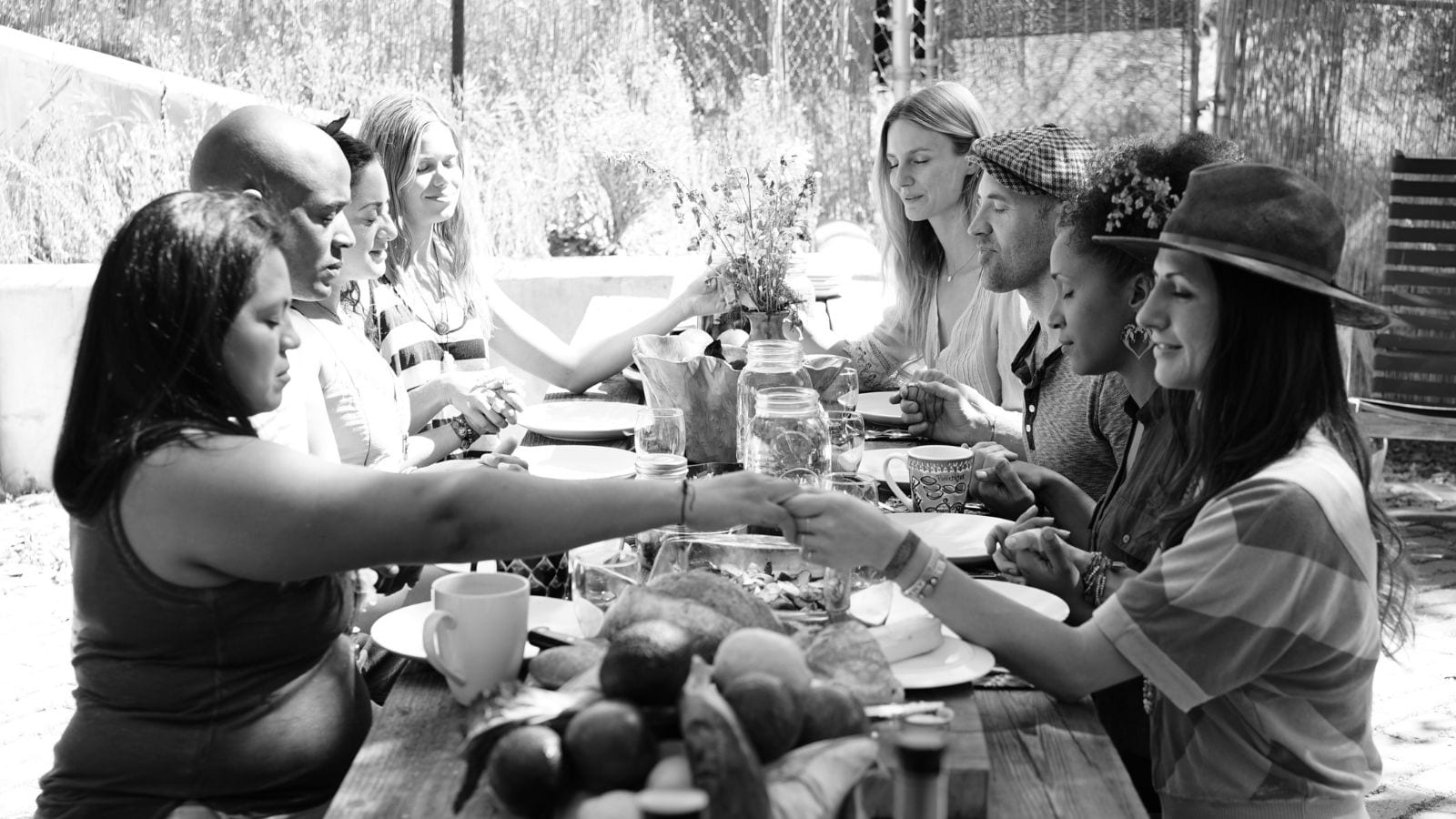