Jungle Project: Using Breadfruit to Save the Planet | Kiss the Ground Skip to content

A Note on Agroforestry: “Tropical Staple Trees” is ranked 14th out of eighty strategies identified in Paul Hawken’s book Drawdown: The Most Comprehensive Plan Ever Proposed to Reverse Global Warming. Agroforestry systems are extraordinarily productive because they are in essence vertical farming systems made up of layers of cultivated species. By growing a variety of species together, farms become more resilient to pests and diseases and better equipped to handle severe weather. By growing a rich diversity of crops and foodstuffs, smallholder families can diversify their incomes and improve the health and nutrition of their community.

Paul Zink graduated from Antioch College with a passion for social and environmental justice with a knack for filmmaking. After working in the film industry in New York, he made the to decision to move to Costa Rica to pursue a career in agroforestry.

In Costa Rica, Paul became fascinated by breadfruit: a large, starchy fruit reminiscent of jackfruit but with a flavor similar to potatoes. A staple in Oceana for millennia, breadfruit eventually made its way around the world before flourishing along the Costa Rican Caribbean coast. Today, it remains a focal point of many Costa Rican family gardens and an important part of Afro-Caribbean culture.

A single breadfruit tree can provide sustenance for a family of four for nearly 75 years. Paul quickly recognized how breadfruit is the missing link to feed the planet in way that is protecting soil, improving biodiversity, and advancing agroforestry and reforestation in tropical nations. 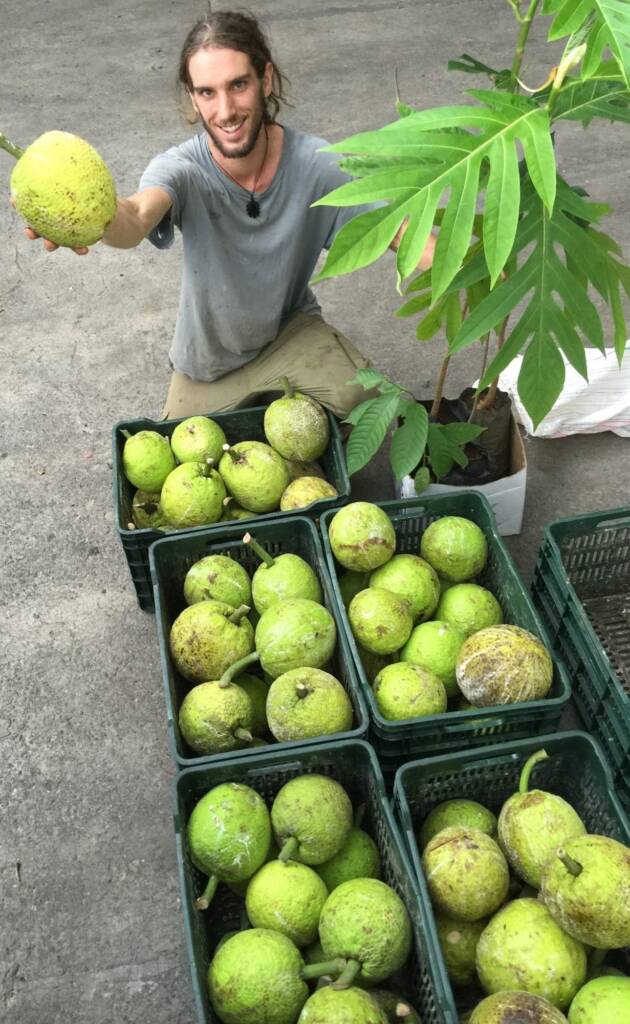 By enlisting brands and restaurants around the world to buy breadfruit, it’s possible to incentivize agroforestry, fend off the extractive monoculture systems of banana and pineapple, build wildlife corridors by bridging gaps of forest cover between the country’s national parks, and create a meaningful income for small-scale producers.

In order to transform a backyard fruit tree into commercial crop, Paul joined Gustavo Angulo to plant breadfruit trees in agroforestry systems at EARTH University, Costa Rica. In 2014 Paul (project manager for Global Breadfruit) and Gustavo (a senior student at the university) proposed a research initiative to EARTH. With the support of the Breadfruit Institute and EARTH professors Yanine Chang, Roque Vaquero and Luis Pocasangre, 370 breadfruit trees were planted in agroforestry models for the purpose of academic research.

Diana Chaves, studying architecture at the University of Costa Rica, Co-Founded Jungle Project with Paul and Gustavo in 2015 with the goal of helping farmers engage in production. She designed the systems and structure of the core business and has spearheaded R&D in her lab creating numerous recipes and value added products. This dynamic team began to create an entirely new supply chain that’s designed to heal and regenerate rural communities. Their motivation can be summed up by one quote from Paul “If the farmers that feed us thrive, so do we.”

After talking to smallholder farmers and exploring these communities for several months, it became clear that the commercialization of breadfruit could play an important economic role in the area.

By enlisting brands and restaurants around the world to buy breadfruit, it’s possible to incentivize agroforestry, fend off the extractive monoculture systems of banana and pineapple, build wildlife corridors by bridging gaps of forest cover between the country’s national parks, and create a meaningful income for small-scale producers.

It was from this vision (and with a lot of help from dedicated allies and partners), that Jungle Project was born.

Breadfruit can be ground into a fine, soft, gluten-free flour rich in proteins and complex carbohydrates and perfect for everything from pancakes to pastas.

Over several years, Jungle Project has worked to build a large network of beyond-organic, smallholder farmers committed to dynamic agroforestry. To help farmers regenerate their land Jungle Project is looking for letters of interest to scale.   Currently, Jungle Project is the only large-scale source of breadfruit flour made in high quality controlled certified processing facilities. With just a few brands, restaurants, and other buyers signing on buying flour and sponsoring farmers to plant more, breadfruit could soon be making an ecological splash on the global stage. 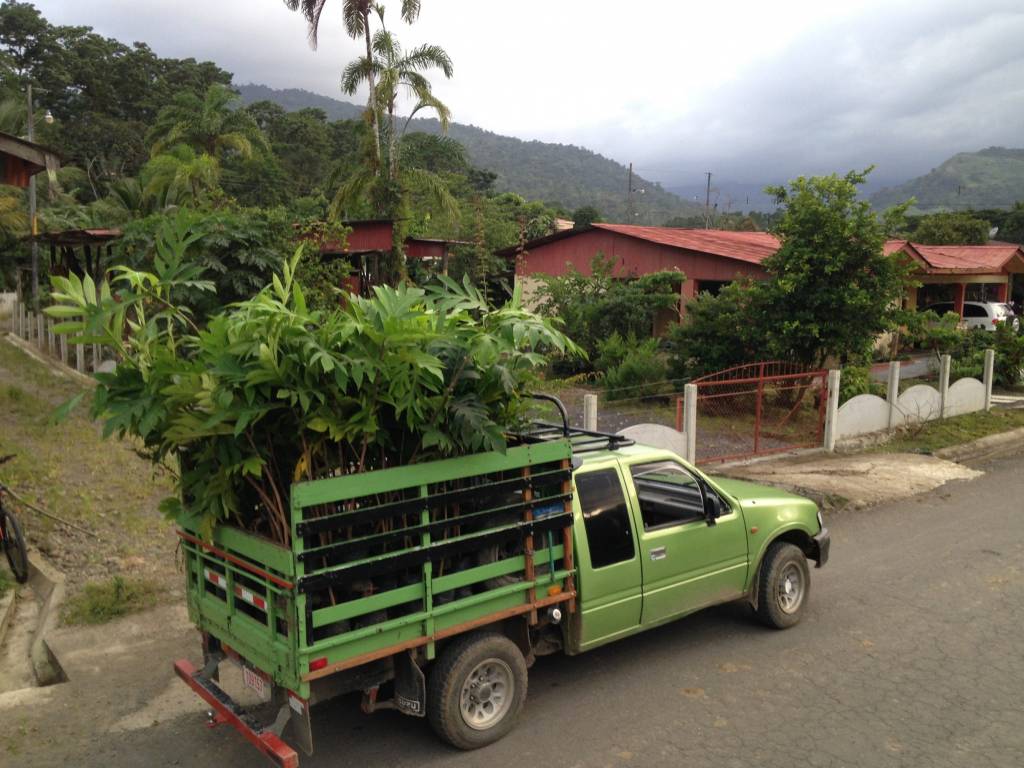 Would you like to try breadfruit flour or see the potential as an ingredient in a product?  Send Jungle Project your suggestions or letter of interest by emailing the team at [email protected].

Since day one, Jungle Project’s mission has been to provide a community-based agroforestry model by planting trees, training farmers resulting in amazingly healthy and tasty products. Please help us spread the word and expand the Scale-up Program.